Jeff Gold, M.D. joined the faculty at NYU Medical Center as an Assistant Professor, and received funding from the National Institute of Health to better understand the immunologic mechanisms of sepsis and septic shock.  He joined the faulty of OHSU in 2005 and was promoted to Associate Professor in 2009.  Cinically, he works in the Medical Intensive Care Unit, the Pulmonary consultation service and is Associate Director of the Adult Cystic Fibrosis Center.  Recently, Dr. gold was named Director for the Pulmonary Critical Care and Critical Care Fellowship in the Division of Pulmonary and Criical Care Medicine. Jeff has an interest in inflammatory mediators and disease expression. 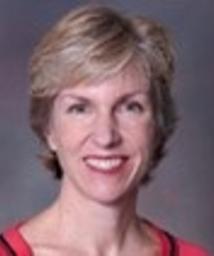 Carol J. MacArthur, M.D. joined the Department of Otolaryngology/Head and Neck Surgery at OHSU in 2002.  She came from Children's Hospital of Orange County (CHOC) and the University of California, Irvine in Orange, California where she was in practice for 11 years.  She received her medical degree at UCLA.  She completed her training in Otolaryngology/Head and Neck surgery at the University of California, Davis.  Dr. MacArthur also completed a Pediatric Otolaryngology fellowship at Harvard Medical School/Boston Children's Hospital in Boston, Massachusetts before beginning her practice in 1991.  Dr. MacArthur is currently on staff at Doernbecher Children's Hopital, Oregon Health & Science Univeristy, St. Vincent's Hospital and Emmanuel Legacy Hospital in Portland, Oregon.

Since 2005, Dr. MacArthur has been funded through the NIH as a Co-Investigator with Dennis Trune, Ph.D. to study the inner ear impact of chronic middle ear inflammation (mouse model), steroid response mechanisms in the ear (mouse model) and the genetic susceptibility to otitis media-candidate genes.  She also received a grant from the National Organization for Hearing Research (NOHR) in 2011 to study the genetic variation in the immune system to otitis media.  She collaborates with an international group interested in the genetics of chronic otitis media including research teams from the UK, Finland, Pittsburgh and Australia on this effort. 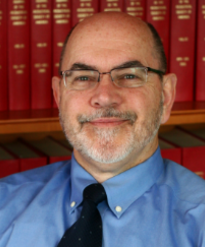 Dennis R. Trune earned a Ph.D. in Anatomy from Louisiana State University Medical Center (1979) and currently is Professor of Otolaryngology and researcher at the Oregon Hearing Research Center (Oregon Health & Science University).  He has received numerous private and federal research grants and has over 125 scientific publications dealing with hearing research and treatments for clinical problems of the ear.  Dr. Trune also earned an M.B.A. from Portland State university (1996) and has published several articles on the financial aspects of technology licensing by U.S. universities.

Research in the Trune laboratory is focused on inflammatory disorders of the ear.  Current projects are designed to better understand the inner ear processes impacted by inflammation, how these are ultimately restored by therapeutic steroids, and develop alternative treatments that have fewer side effects.  Another major interest is middle ear disease and how its inflammatory processes impact the inner ear.  Studies in both areas are focusing on the therapeutic control of these genes that are impacted by inflammation.